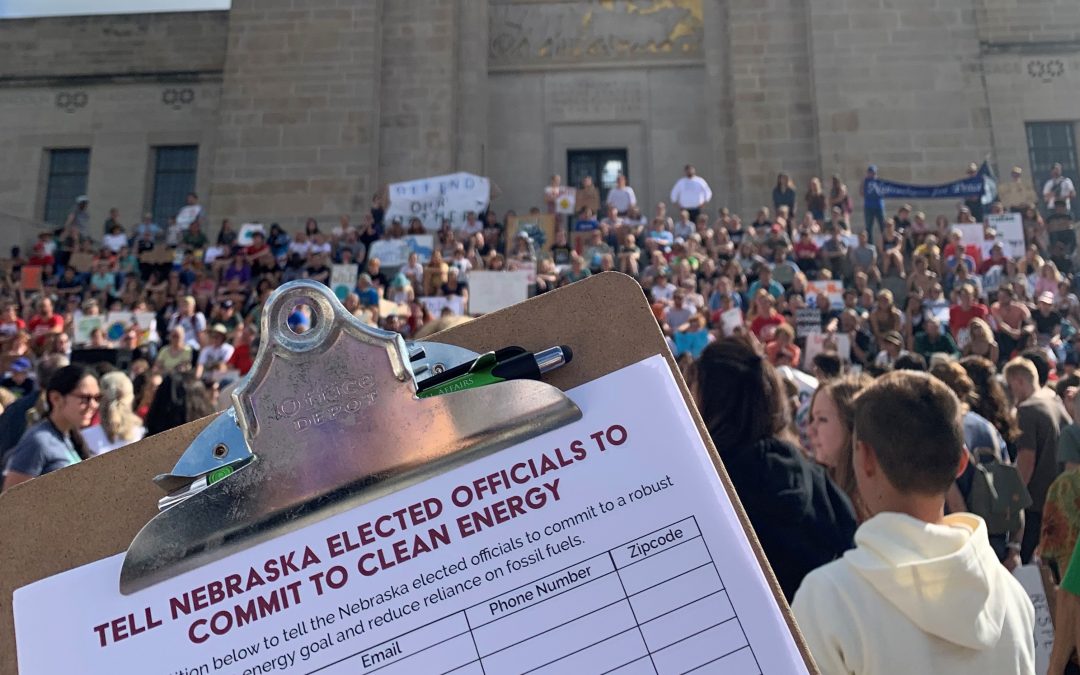 Nearly six of every 10 Lancaster County residents surveyed last month said they want Nebraska to get 100% of its electricity from clean, renewable energy sources by 2050.

And nearly seven of every 10 county residents reached in the same survey want the public utilities in the state to prioritize clean energy sources such as wind and solar over fossil fuels in generating energy, the poll conducted by the Nebraska Conservation Voters found.

A North Carolina-based company surveyed 427 Lancaster County voters for the poll, which had a margin of error of 4.7%.

Similar results were found in the poll’s responses from 361 Omaha-area voters, a news release from Nebraska Conservation Voters said. The statewide organization advocates for policies that protect the environment.

The poll comes as Omaha Public Power District’s Board of Directors is set to vote to adopt a zero-carbon goal by 2050.

“Right now elected officials in Lincoln and Omaha are looking toward the future and making decisions about how we generate electricity and prepare for climate change,” Nebraska Conservation Voters Executive Director Eliot Bostar said. “These numbers should give them courage to make bold decisions that reduce carbon emissions and facilitate a quick transition away from fossil fuels.”

Coal and natural gas generate the majority of electricity for LES, he said.

The utility in the last few years has added solar panels, wind turbines and methane gas from the city landfill to its energy source portfolio and will continue to add renewable sources where feasible and financially practical, he said.