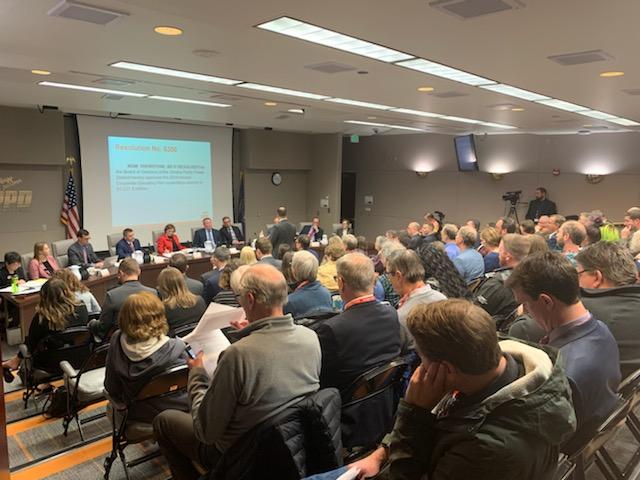 OMAHA – Nebraska Conservation Voters (NCV), a statewide organization that advocates for policies to protect the environment for future generations, lauded the November 14th vote by the Omaha Public Power District (OPPD) Board of Directors to adopt a goal of zero carbon by 2050.

“This goal represents the kind of leadership that is historic, forward-thinking and greatly benefits not just Omaha but all Nebraskans. It’s exciting to see this board take action to make our electricity system cleaner and more affordable,” said Eliot Bostar, Executive Director of NCV.

NCV conducted a campaign to encourage OPPD to approve the measure, with over 1,100 people signing an on-line petition. They also published a survey that found that 54% of customers in OPPD territory want to see Nebraska get 100% of its electricity from clean, renewable sources. Only 24% disagreed.

According to Bostar, this policy would have been unimaginable in previous years.

“In the last two elections, voters elected five new OPPD board directors who campaigned on clean energy and the importance of staying abreast of the technological shifts happening in the electricity sector, and making sure that we can continue to provide affordable energy,” Bostar said.

The resolution says in part: “OPPD shall: conduct all of its operations (including operations such as building services and transportation), in a manner that strives for the goal of net zero carbon production by 2050.”